The ideal death scenario is the death we would orchestrate for ourselves. The characteristics of such a death seem to be timeliness, painlessness, consciousness, and preparedness. Death would come in later years; it would not be premature. We would be in control of our faculties, alert, and able to communicate. The occasion would not occur suddenly but rather eventually, with time for both philosophical and emotional preparation. We would be able to speak last words and receive the responsive farewells. 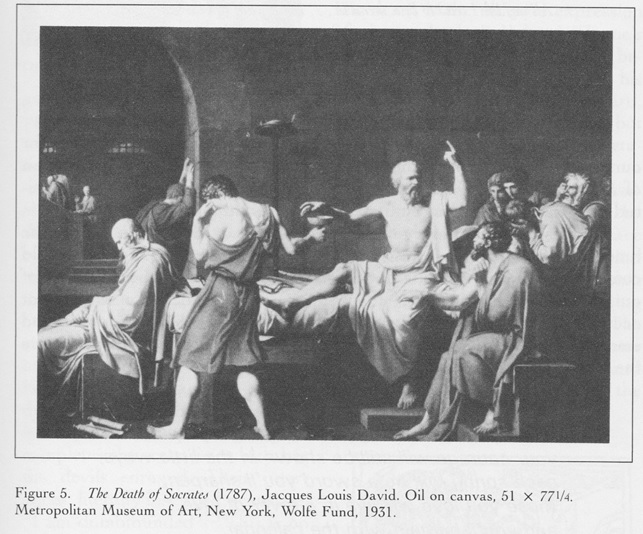 Jacques Louis David’s classical painting, Death of Socrates, offers a visual interpretation of this ideal death. Socrates is presented just before he drinks the hemlock that will kill him. Although late in years, the philosopher epitomises vigour, stoicism and decisiveness in his stance. His death is the ultimate expression of virtue; the laying down of one’s life for the defence of ideals. The beloved teacher is surrounded by his grieving family, students and jailer. His finger points heavenward, probably indicating his resolve or perhaps the path his soul will take. 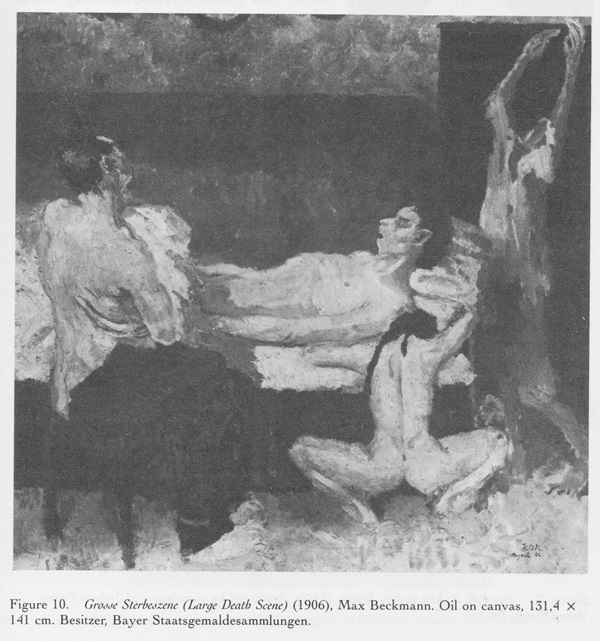 In contrast, the unreconciled, painful scene suggested by the contemporary Beckmann painting, Large Death Scene, markedly opposes the peaceful leavetaking of the painting, the Death of Socrates. The last moments of this man’s death are undignified, unromanticized and unbeautiful. There is no sense of composure, control, or communication. Rather, this expressionist work lays bare the indignity that can befall a person whose dying is prolonged. Raw, naked agony is portrayed by the dying man’s postures and by those witnessing his demise. 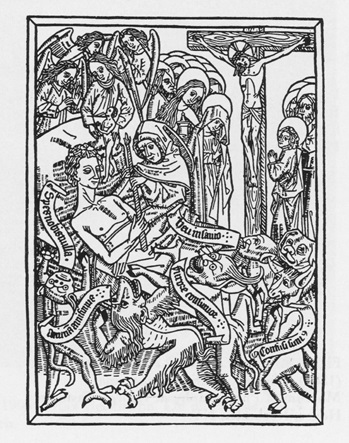 The Good-man on his Deathbed

Dying the good death also means being spiritually prepared. The Good-man on his Deathbed, a 15th-century woodcut illustration for Ars Moriendi is another classic example of dignity and composure in the face of death. Intended for devotional use, this picture-sermon serves to remind the pious they need not fear the tortures of hell and damnation and that the next life offers a far more promising abode than the present one. Being confessed and absolved is virtual assurance of admission to heaven.

The elements of the art of dying well are detailed in the woodcut: the monk administers the last rites to the Christian, whose thoughts are of Christ and His saintly entourage. The angel receiving the soul leaving through the dying man’s breath in the form of a small, naked, praying figure completes the scenario, which has the devils enraged. Their utterances, literally inscribed, translate: “I am dumbfounded”, “This is no comfort”, “I am raging”, “We are disgraced”, “We have lost this soul”. 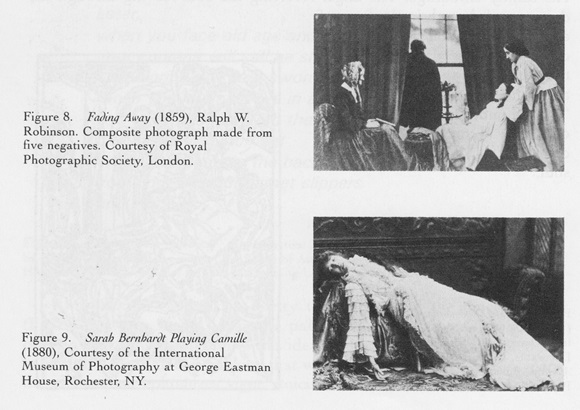 Another example of a ‘good death’ is Ralph W Robinson’s photograph, Fading Away, which captures closure and quiet dignity. Then there is the clean and graceful dying exhibited in Sarah Bernhardt’s portrayal of Camille’s death, a marvellously bloodless, beautifully melodramatic scene.

Such deaths can be compared with the stark isolation and technological imprisonment underscored by the detail from Luis Cruz Azaceta’s AIDS Patient.

Step 1: Fill in the form. Be careful to type your email address correctly. Click on the “Pay Now” button (at the bottom of the form).

Step 2: A few seconds later, you will be presented with the PayPal secure payment page. Complete your payment either using your PayPal account (if you have one) or by Credit Card (You may need to click on the “Pay with Credit Card” button).

Once you’ve paid, wait 10 seconds. Then you will automatically be returned to the Pure Land Centre website.

Step 3: Request the Confirmation email to be sent to you.