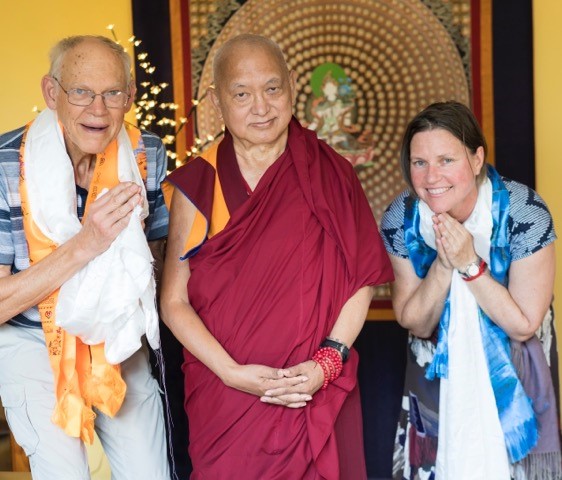 Reflections on Bendigo Retreat by Anita Field Posted 1 May 2018

By Anita Field, of the Pure Land of the Indestructible Buddha

I loved being at the Stupa in Bendigo – the feeling at the retreat was that we were all enveloped by a great kindness. I attended for the first two weeks. It was my first time visiting the Stupa – it was spectacular (even though the building is not yet finished).

The retreat team did a fantastic job transforming the inside of the stupa from a building site to a stunning sacred space. The gigantic Tara thangka bathed the place in beauty and the gompa became more beautiful as each day passed as more thangkas, offerings and lights were offered.

The daily prayers and teachings were inspiring, as was sitting amongst the large gathering of Sangha, Dharma students and FPMT family from around Australia and the world.

In addition to the great fortune of just being there, I was also blessed by the opportunity to meet with Lama Zopa Rinpoche about the Pure Land Project, which has recently been approved by FPMT as one of its new groups. I accompanied the Chair of the project and fellow HBC member, Len Warren. That meeting was definitely a highlight of the two weeks. I was sad to leave when it was time to return to Perth, but the benefit of having attended is immeasurable.